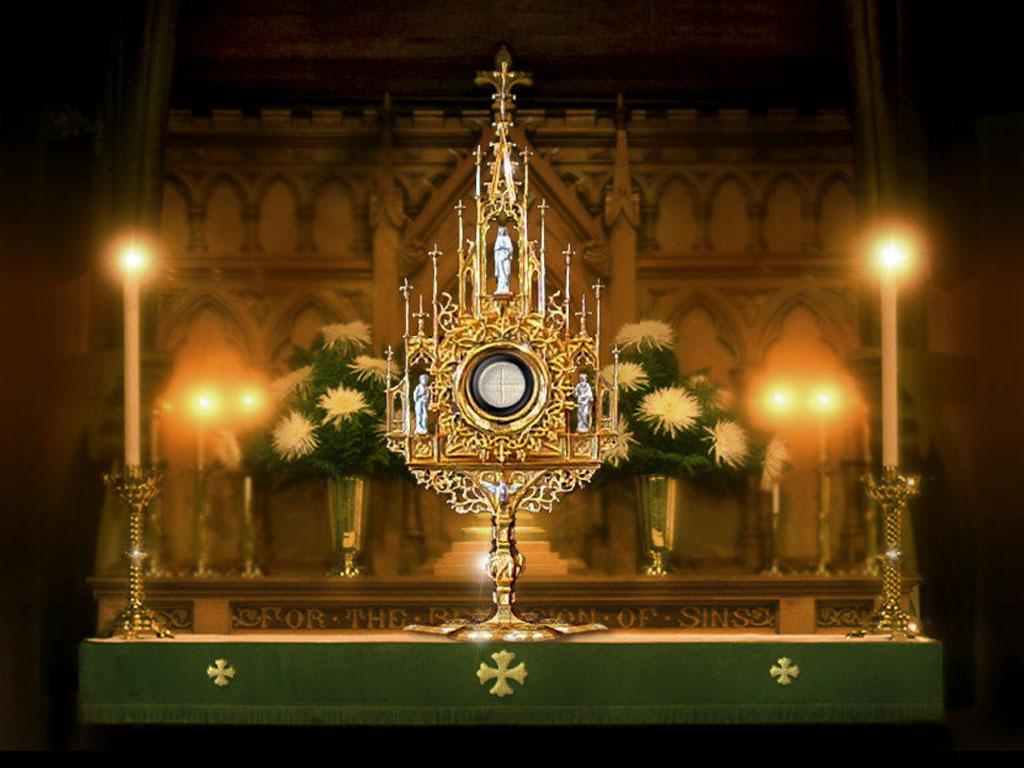 What is the best way we can show God our love?  When it is hidden.  Listen to today’s homily on how precious hidden love is to God.  Click the play button above to listen, or click here to download.  Below are the readings for this Sunday.

Readings for the 32nd Sunday in Ordinary Time

So he arose and went to Zar’ephath; and when he came to the gate of the city, behold, a widow was there gathering sticks; and he called to her and said, “Bring me a little water in a vessel, that I may drink.” And as she was going to bring it, he called to her and said, “Bring me a morsel of bread in your hand.” And she said, “As the LORD your God lives, I have nothing baked, only a handful of meal in a jar, and a little oil in a cruse; and now, I am gathering a couple of sticks, that I may go in and prepare it for myself and my son, that we may eat it, and die.” And Eli’jah said to her, “Fear not; go and do as you have said; but first make me a little cake of it and bring it to me, and afterward make for yourself and your son. For thus says the LORD the God of Israel, `The jar of meal shall not be spent, and the cruse of oil shall not fail, until the day that the LORD sends rain upon the earth.'” And she went and did as Eli’jah said; and she, and he, and her household ate for many days. The jar of meal was not spent, neither did the cruse of oil fail, according to the word of the LORD which he spoke by Eli’jah.

It is the LORD who keeps faith for ever; who executes justice for the oppressed; who gives food to the hungry. The LORD sets the prisoners free;
the LORD opens the eyes of the blind. The LORD lifts up those who are bowed down; the LORD loves the righteous.
The LORD watches over the sojourners, he upholds the widow and the fatherless; but the way of the wicked he brings to ruin.

For Christ has entered, not into a sanctuary made with hands, a copy of the true one, but into heaven itself, now to appear in the presence of God on our behalf. Nor was it to offer himself repeatedly, as the high priest enters the Holy Place yearly with blood not his own; for then he would have had to suffer repeatedly since the foundation of the world. But as it is, he has appeared once for all at the end of the age to put away sin by the sacrifice of himself. And just as it is appointed for men to die once, and after that comes judgment, so Christ, having been offered once to bear the sins of many, will appear a second time, not to deal with sin but to save those who are eagerly waiting for him.

And in his teaching he said, “Beware of the scribes, who like to go about in long robes, and to have salutations in the market places and the best seats in the synagogues and the places of honor at feasts, who devour widows’ houses and for a pretense make long prayers. They will receive the greater condemnation.” And he sat down opposite the treasury, and watched the multitude putting money into the treasury. Many rich people put in large sums. And a poor widow came, and put in two copper coins, which make a penny. And he called his disciples to him, and said to them, “Truly, I say to you, this poor widow has put in more than all those who are contributing to the treasury. For they all contributed out of their abundance; but she out of her poverty has put in everything she had, her whole living.”