Divine Mercy and Suffering, There is No “Mercy Killing” 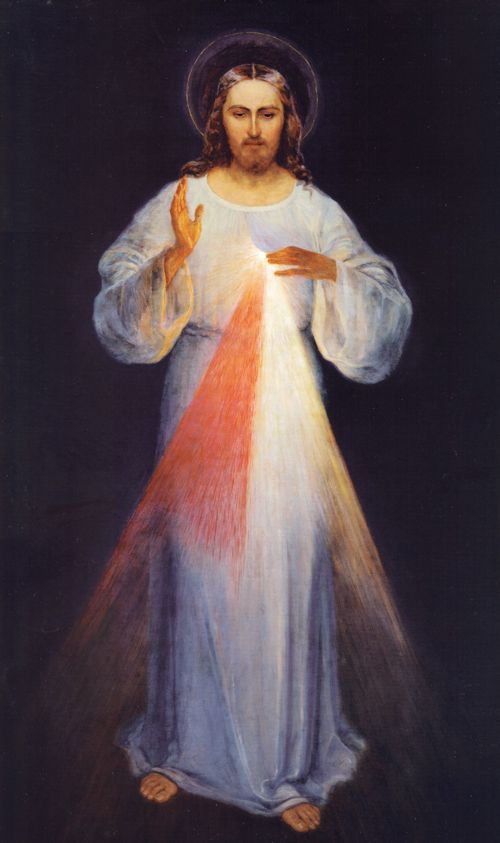 When Our Lord appeared to St. Faustina some 80 odd years ago, He called this to be a time of His Mercy.  To reacquaint us with the incredible Mercy of God.  Pope Francis has appointed this year as the Year of Mercy.  And yet, here in Canada, we are approaching the Supreme Court decision to discuss permitting Physician Assisted Suicide country-wide.  How desperately we are in need of mercy when we begin to think that murder is ever a mercy.  We rob those we kill of the opportunities to grow in sanctity, and we rob them of their lives under the guise of “compassion”.  Listen to my homily above for more.

*Note: I spoke incorrectly in my homily.  Technically speaking it is the Federal government that is making the decision.  The Supreme Court has left the decision in the hands of the government to prepare a proposal to discuss whether or not to make a law legalizing Euthanasia anyway.

Here is a link to the Bishop Fabbro’s letter regarding this matter, and below is a video on the matter presented by Cardinal Collins.

It is of the utmost of importance that we contact our local Members of Parliament now, and let them know we are opposed to this.  If you listened to my homily above, you will know how dire this is, and the Federal government will be meeting already this June 2016 to make a decision on Euthanasia Canada-wide.  So I am providing you all with the address to contact the House of Commons (postage is free, no stamps needed).  If you live in Sarnia, our MP is Marilyn Gladu.  Address your letters:

Name of Your Member of Parliament
House of Commons
Ottawa, Ontario
K1A 0A6

Do you want to contact your MP but don’t know what to say?  It’s best to write in your own words because it will be worth more when they get the letter, but if anyone asks (just leave a comment) I can write up a little draft of something you can say or use as a template.  I didn’t have time yet this morning to come up with something. 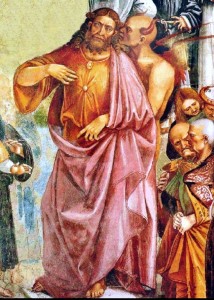 “Signorelli’s Anichrist” – The part of the painting I mentioned in my homily.

This homily raised some questions that I couldn’t go into at the time.  So I wanted to mention a few of those questions that you might have regarding Euthanasia.  I only had time to put up a few right now, so if you have any others, please leave them in the comments and I will reply and also add them to this post.

A. Depends what is meant by this and the circumstances.  Euthanasia a the direct action of taking a life (i.e. murder).  If someone is hooked up to machines such that they are an extraordinary means of keeping the person alive (that is the person’s body is shutting down and the machines are all that is keeping the body processes functioning, and without them the person would die) then turning off the machines and allowing the person to die naturally can be a dignified death.  If we didn’t have the machines, that person would have passed away naturally anyway.  However, a respirator today is a pretty ordinary means today to keep a person alive.  Not to mention, someone could just be on a respirator for a time and then will be okay later.  It would have to be a very serious situation with no reasonable hope of survival that a person could be morally removed from medical devices.  If someone is recovering, you obviously don’t want to unplug the machines and let them die.  We should try to care for and heal people, but when the means of doing so become extraordinary, they are still permissible, but not necessary.  The question you have to ask yourself is whether your action (or the omission of the action) is in itself or by intention causing the person’s death in order to eliminate the suffering, or is it simply to allow the person to pass away naturally, as the only recourse is extraordinary means.

Q. What would happen to Catholic Hospitals if all these laws are passed?

A. If Catholic Hospitals are required by law to provide Physician Assisted Suicide, then they simply cannot function.  I mean, they’d have to outright refuse.  There’s no way around it.  Even if you refer someone to a place where they can be Euthanized, that’s still telling a person where they can go to get killed.  Honestly, either the government would have to back down, or hospitals would have to simply refuse and be prosecuted, or ultimately they would have to turn the hospitals over to secular ownership (this last option is the most likely outcome if the government doesn’t back down).  The Catholic hospitals simply cannot run if they are forced to provide Physician Assisted Suicide.  This doesn’t say much for the Catholics who work in hospitals.  Because even if all the hospitals become secular-run, the poor Doctors and Nurses would be faced at the very least with the requirement to refer people in cases of Euthanasia.  A Catholic in good conscience can’t do this.  So again, does this mean that no Catholic can ever work in hospitals again?  In Canada, yes.  Well, apart from the ones who decide to make immoral referrals against their conscience (or just don’t care).  This is why it’s so important right now to contact your MP before the June 2016 meeting, to stop these laws from being passed, because it’s a good chance even these new proposals will be accepted, and then you can say goodbye to all the Catholic hospitals in the country.

More Q & A to come… check back later.